The Paschall Village, in the Cobbs Creek section of Southwest Philadelphia, was built by the Philadelphia Housing Authority (PHA) in 1966. It consisted of 223 low-rise units on two tracks of land, encompassing 6.2 acres.

Michael Johns, serving as PHA Chief Architect, led the planning and design effort for this project. This included coordinating all pre-development planning and design activities with the architect of record. Michael led community engagement during the planning and construction phases of the project. As on-site lead for each of the projects associated with the neighborhood’s redevelopment, Michael ensured design intent was met on this award-winning project. He served as spokesman for PHA with city agencies, shepherding Paschall through the regulatory processes.

The new Paschall Village, which opened in late November 2011, was PHA’s most ambitious green development to date. The original housing project was so notorious for drug activity that in 2006 federal agents descended on the complex and arrested 22 people. Michael led and promoted the use of CPTED principles in the new design to encourage self-policing. He ordered the use of high-performance materials and the latest energy-efficient technologies for the new Paschall, installing such green products as central geothermal heating and cooling, solar domestic hot water, solar panels, rainwater harvesting/irrigation system, and Energy Star fixtures and equipment.

The new houses were laid out in rows, some along a new street that is an extension of one block. A new 4,000 square-foot community center, complete with a computer center, anchored the village. New street lights and trees lined the streets and underground infrastructure. The project was developed with funding through President Obama’s American Recovery and Reinvestment Act of 2009 (ARRA), private equity and PHA capital.

The project is important to the city, as it is situated at the edge of Philadelphia and is the first and last image visitors view when they leave or arrive in this section of the city. Paschall Village improves the aesthetics of the neighborhood with its attractive network of open space. The design creates a greater sense of community and improves safety conditions while strengthening the neighborhood’s character. The installation of high-performance green technology throughout Paschall Village helps the City of Philadelphia reduce its carbon footprint.

Meanwhile, the use of open space, trees, a rainwater harvesting/irrigation system, and pervious concrete fits in with the City’s wastewater management program, which was recently approved by the Environmental Protection Agency. The new open space development has over 92,000 square feet of pervious materials, a 47-fold increase over the old site. The project is a model of best practices in urban sustainable design. 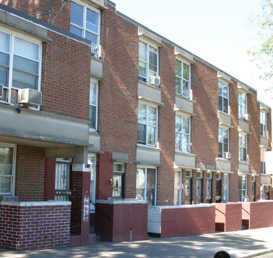 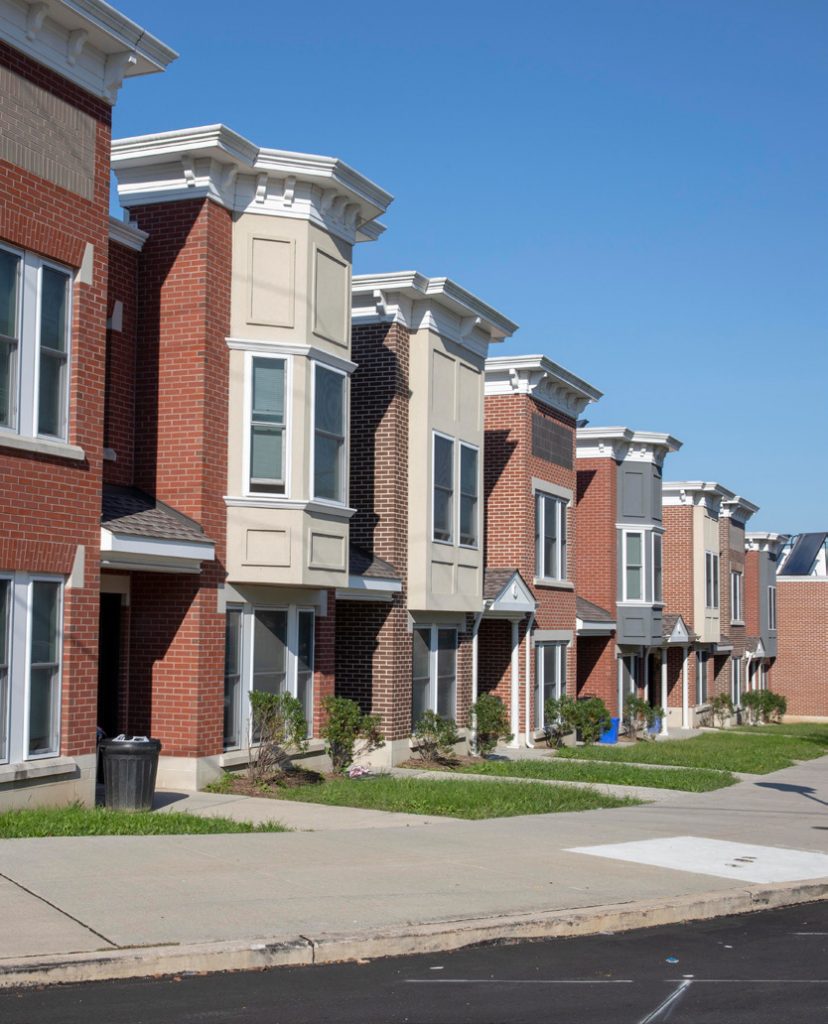 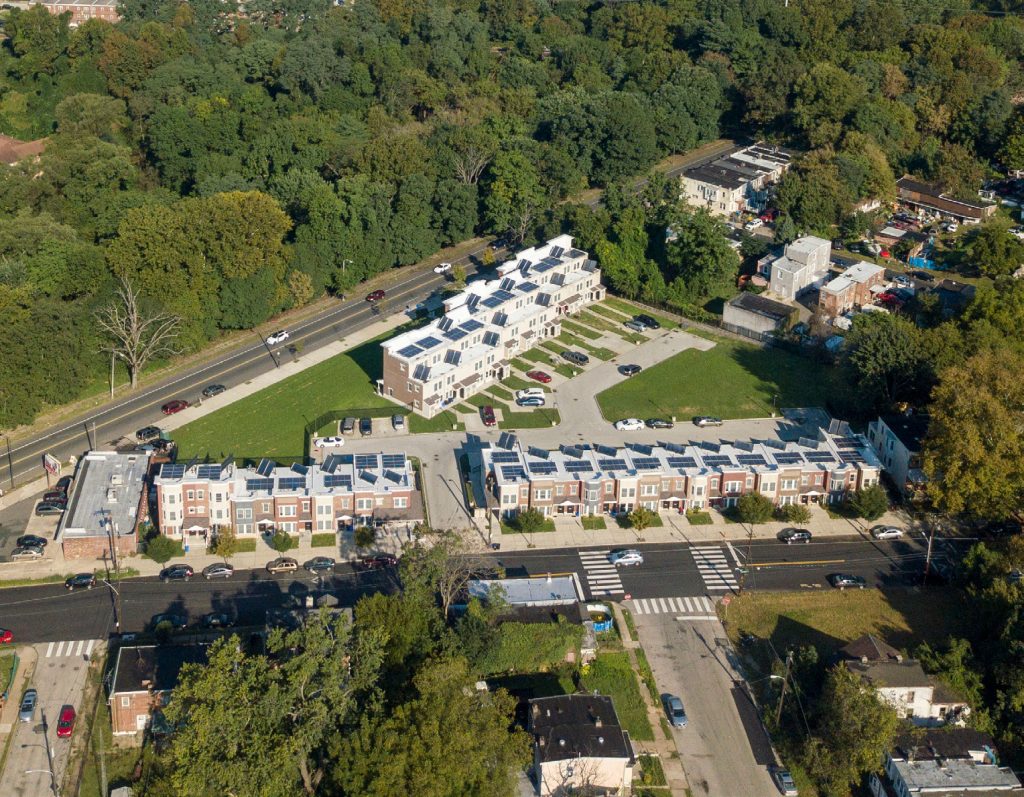 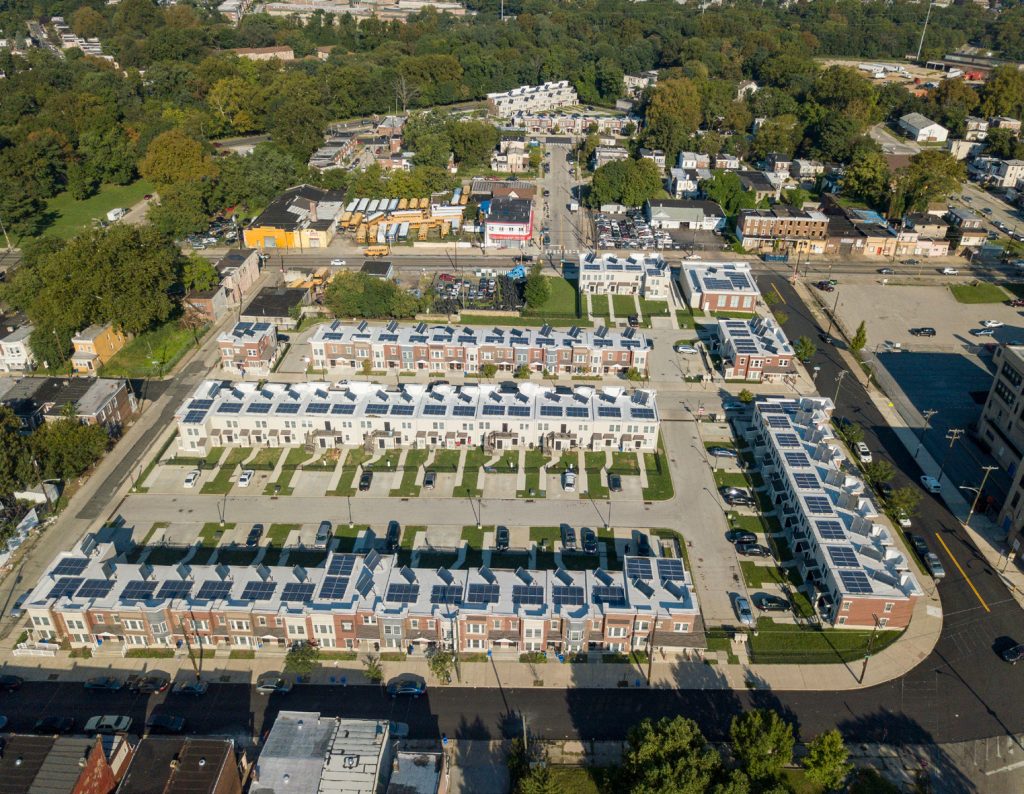 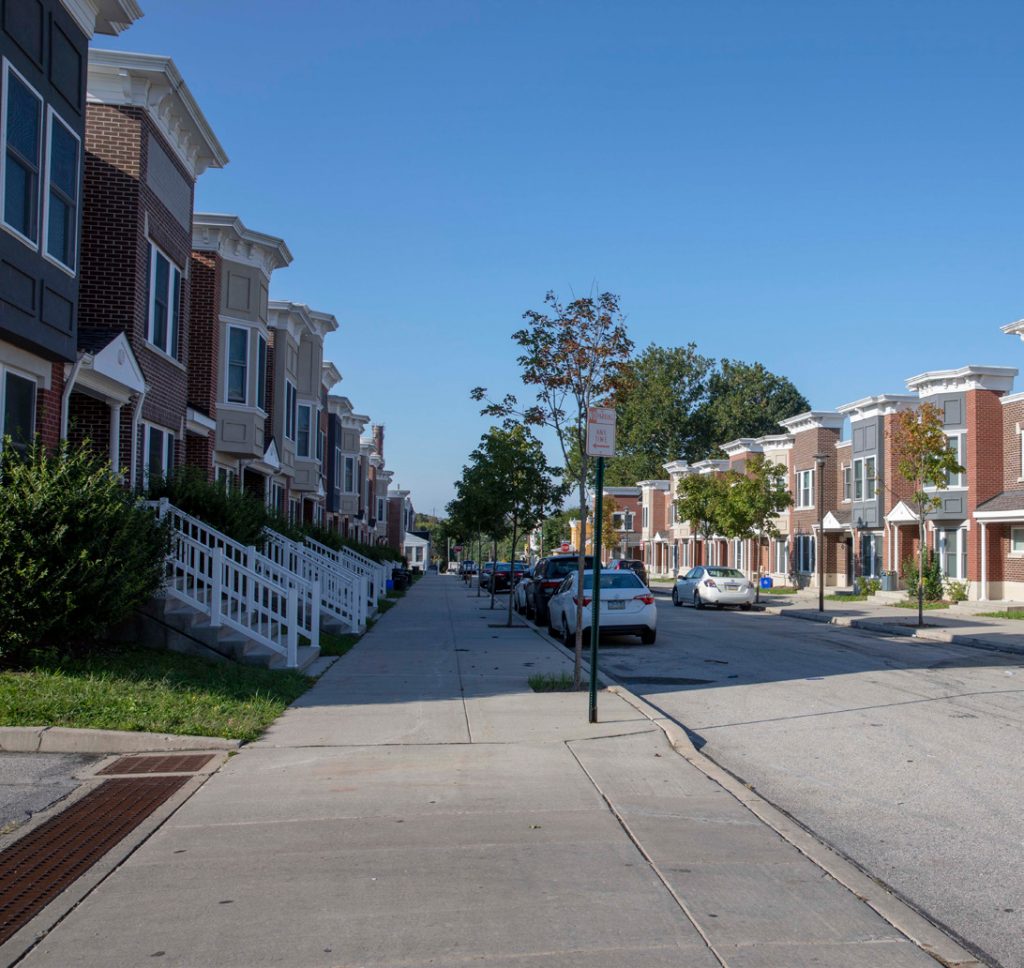 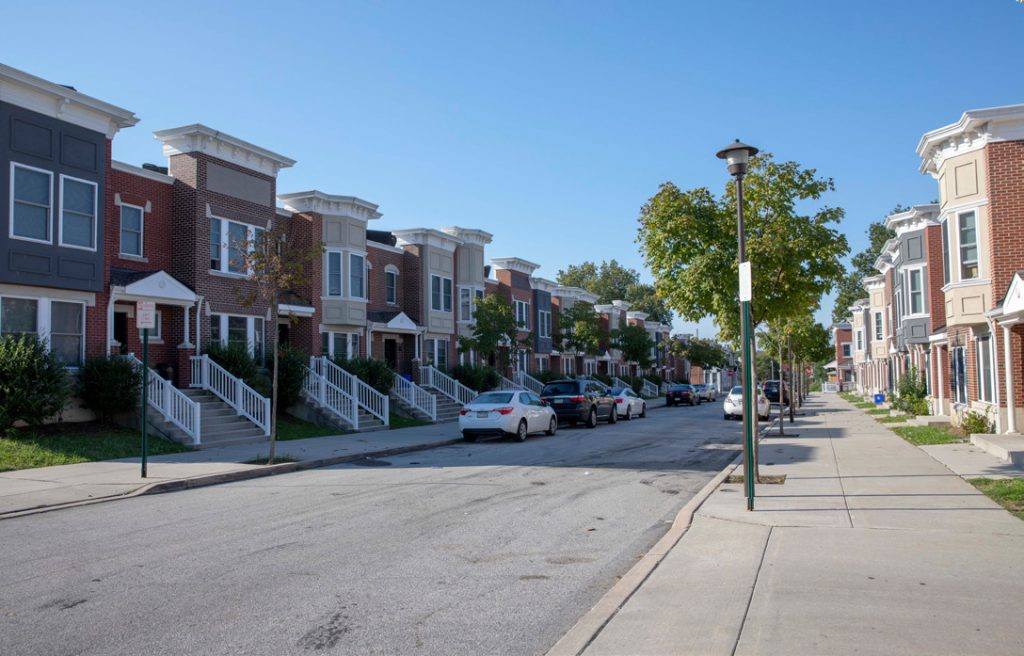