Norris public housing site built by the Philadelphia Housing Authority in 1954, consisted of 354 low-income rental unit with 157 units in a 10 story High-rise Building and 167 low-rise units, and is located next to Temple University’s main campus in North Philadelphia.

Michael led the planning and design effort for both the Norris high-rise redevelopment and the Norris/North Central Philadelphia HUD Choice Neighborhood Implementation. He led and coordinated all pre-development planning and design activities working hand in hand with the Philadelphia Housing Authority’s President and CEO, Kelvin Jeremiah and with the architects of record. Michael coordinated community engagements during planning for both projects, and during construction for Norris high-rise site redevelopment. For both projects Michael was spokesman for PHA with city agencies and with the Housing and Urban Development (HUD) on architecture and design matters related to the projects.

Although the site is well positioned sitting right next to Temple University’s main campus and one-half block from a stop on a regional rail line, providing easy access to job opportunities, etc. the site over the years suffered from deferred maintenance, crime and other induces of social pathology. By the mid-2000’s it was clear that the site would need a complete overall. This came in the form of two parts. First the redevelopment of the high-rise site and second the Choice Neighborhood Initiative. As part of the High-rise redevelopment, 157 units in the high-rise and 22 low-rise units were demolished by conventional means in 2011 and replaced with 51 modern, high energy-efficient walk-up units. This transit-oriented development is PHA’s first LEED Gold certified development. The design of the units is in keeping with the modern aesthetic of the new architecture of its neighbor, Temple University. The facades facing a main thoroughfare though Temple University’s campus is lined with a series of undulating boxes moving in and out punctuated by monumental open concrete stairs reminiscent of the buildings on Temple’s campus. This project has won accolades and awards since its completion.

The remaining 147 units will be demolished as part of the Choice Neighborhood initiative. Michael Johns led the coordination of the re-visioning effort for the project and In 2014, HUD jointly awarded the City of Philadelphia and PHA a Choice Neighborhoods Implementation grant . Choice Neighborhood grants are designed to address distressed public housing and create neighborhoods of opportunity. Under the Grant, PHA will demolish the Norris Apartments, containing the remaining 147 public housing units, and develop 297 new units, consisting of 147 units to replace the Norris Apartments, 90 affordable rental units, 30 market-rate rental units, and 30 homeownership units. To be developed in five phases, the development will be built on parcels that are owned by PHA and the Philadelphia Land Bank.

Besides the positive environmental effect the LEED-certified project has on the tenants and the environment, it set a new housing typology for the PHA. The Norris Choice Initiative is already having a positive impact on the surrounding community. Property values are up and there is a better sense of safety and security. 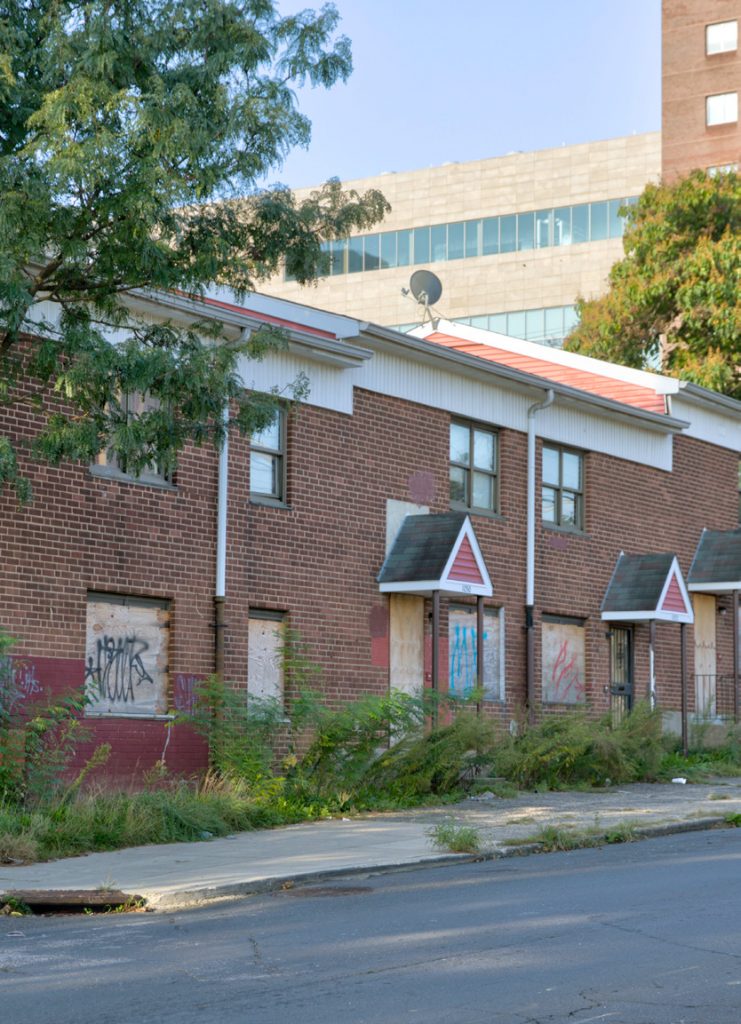 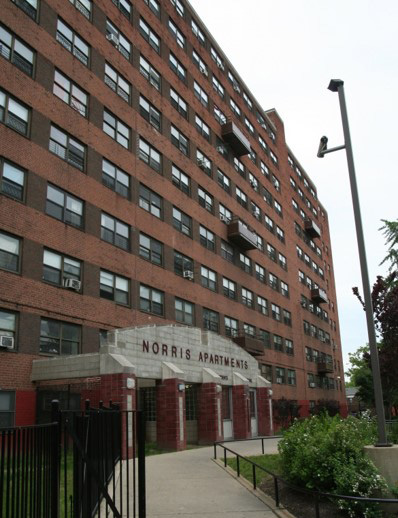 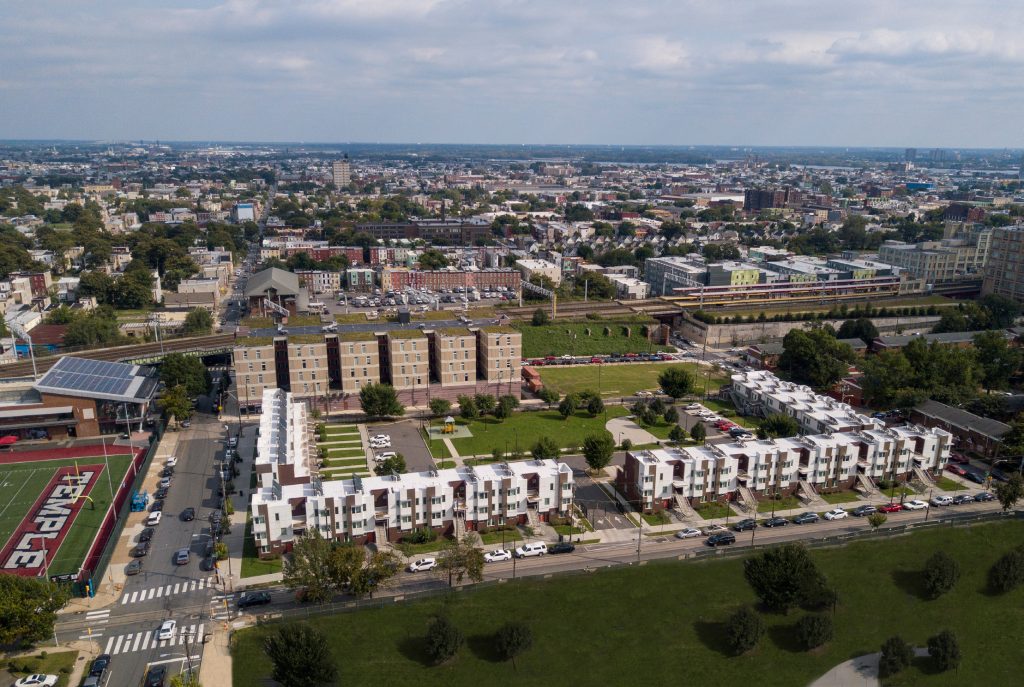 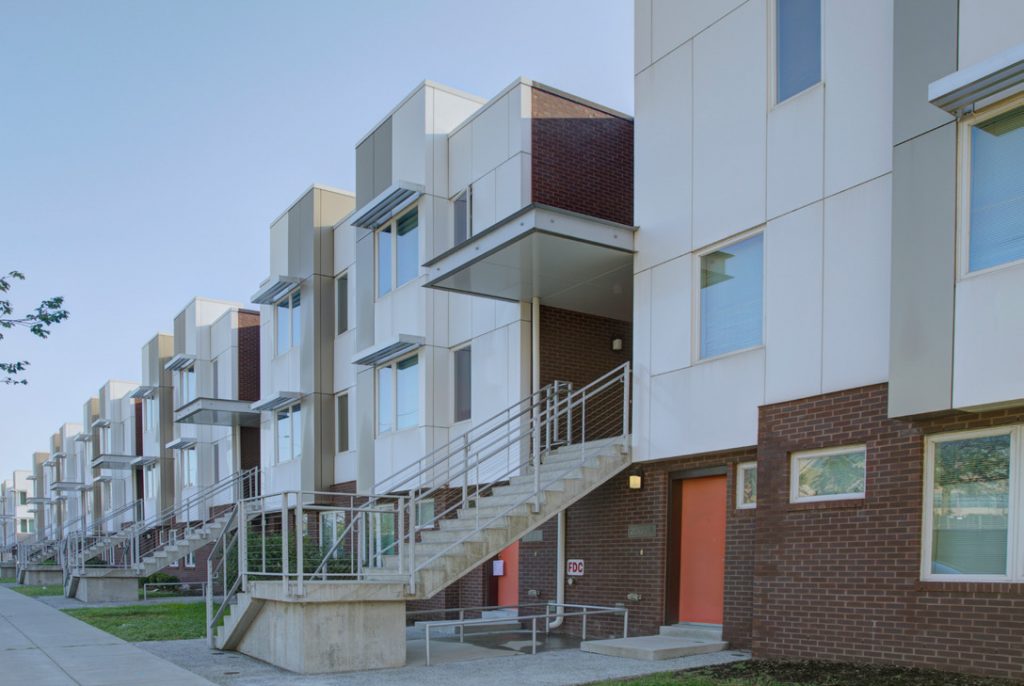 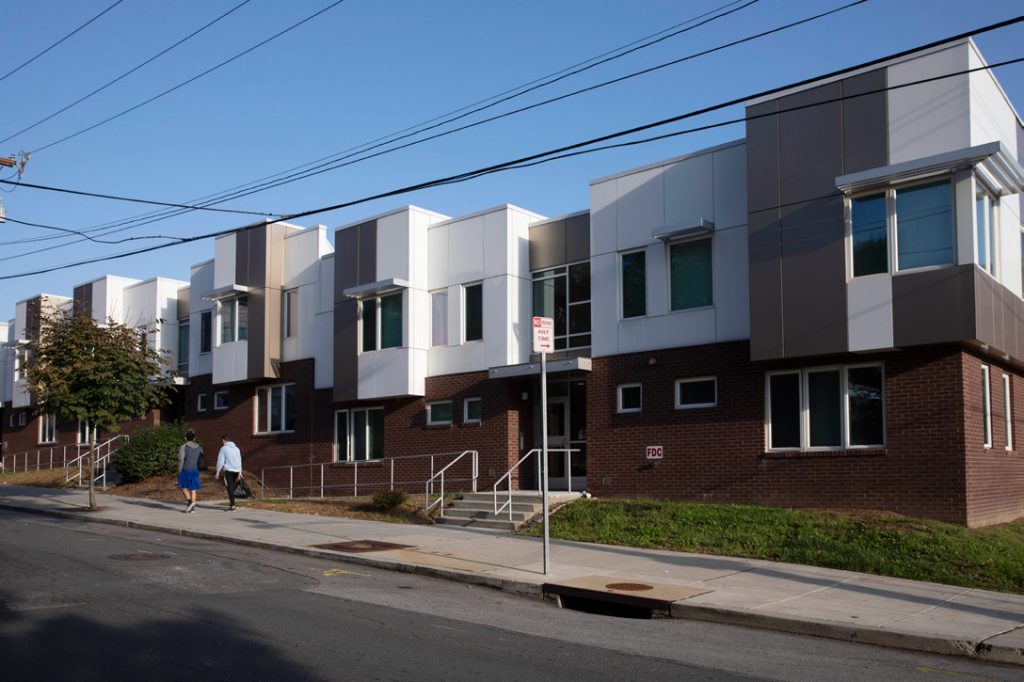